Making the Family Fixit Campaign with Ferney Lee School. A group of campaigners, artists and educators came together with the schoolchildren and staff at the school to create an environmental campaign to reduce waste.

This report describes what we did and what was valuable about the processes we used. It is aimed at other educators who may want to take inspiration from our activities and perhaps reuse them in their own way. The report covers the three main phases of the project 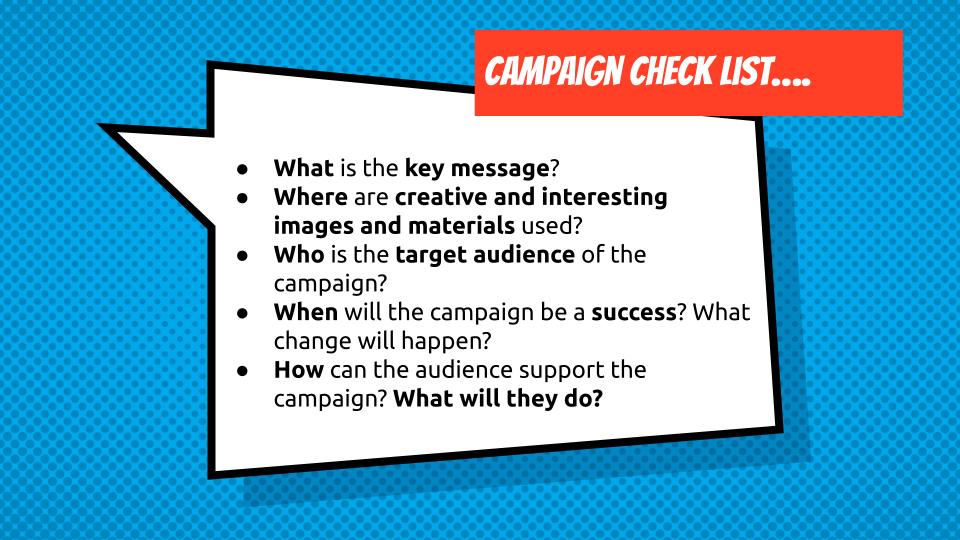 This campaign was created by Year 6 students at Ferney Lee Primary School in the Summer of 2021. The aim was to reduce waste. In this report you can find our more about how it came to life. This report covers the three main phases of creating the campaign.

The full campaign is on a separate page here. but the headlines follow here. 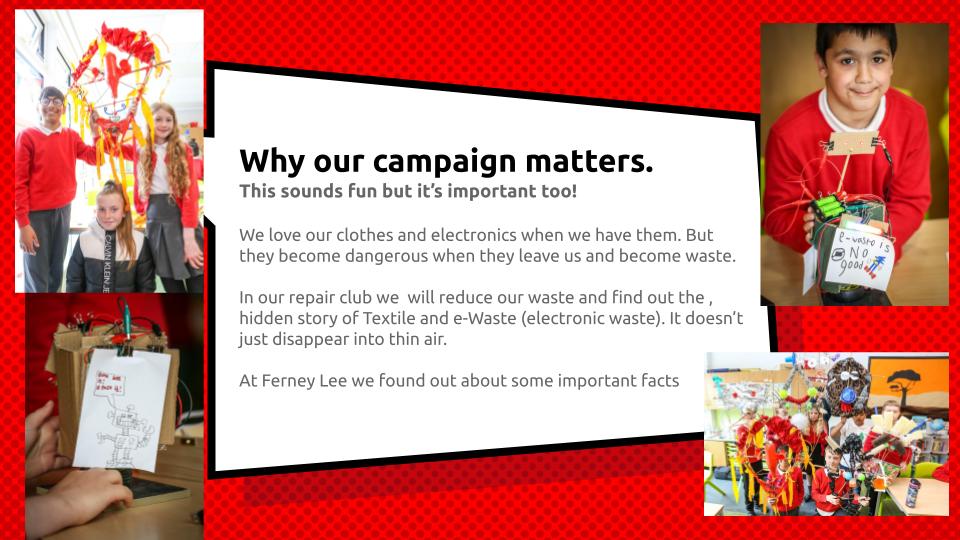 Caption - why this campaign matters

Fix it Don’t Ditch It Campaign

Come to the Family Stitch and Fix Club

Repairing is fun, free and fantastic for the environment. We can fix electronic gadgets and repair and improve our clothes.

Join our family fixing club to learn repair skills and to find out more about what happens to our waste.

Fixing is magic. You can breathe new life into the things you love. You can build your skills up from simple fixes to highly skilled ones.

Summary of the Campaign Creation Phases

This campaign was created with the help of funding from the iwill social action fund which is run in our area by CFFC.

There were three main phases of the project.

Despite the challenges of delivering the project in COVID restricted times of spring and summer 2021 the first two stages were able to go ahead in full. The final stage had to be adapted. Read on to find out more.

Whereas the first part of this report was written by or from the point of view of the young people. This part is written by the project team. Mick Chesterman, Govi Asano, Katrina Heath and Steve Summers. There is a section our team at the end of this report.

Phase One - Fun and active workshops with recycled waste

This phase was all about engagement. Engaging the young people in activities that were fun and relatable. And engaging the school by providing activities run by expert facilitators that are more tricky to run in day to day classroom life.

We ran three sessions during this stage of the project. While they didn’t need to, we linked the workshops to the overall them of waste reduction. This was done by working with materials that would mostly have otherwise gone into land fill.

The starting two sessions were run by Steve Summers with the support of Mick Chesterman. The first session started with an extended and adapted version of an interactive Science Show called that Steve first performed at Bradford University called 50 million tonnes. 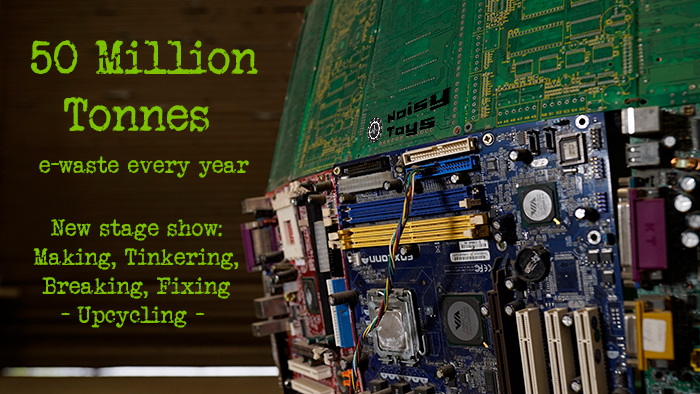 The students were then asked to take part in a workshop called Sonic Circuit Boxes. This workshop covers the science of sound and basic circuitry - applied to everyday technology such as motors, fans and speakers- whilst addressing environmental issues around waste, recycling and disposable electronics.

Students built and coded a wonky-shonky dancing disco robot using Crumble controllers and its block coding. This workshop was a quick fun way to explore coding and electronics and engineering.

We started to really introduce the idea of making a campaign in this session and pitched the robot making as making an interactive robot to get the attention of an audience.

The movement and lights that students created on the robot would draw attention to the their key messages about e-waste. 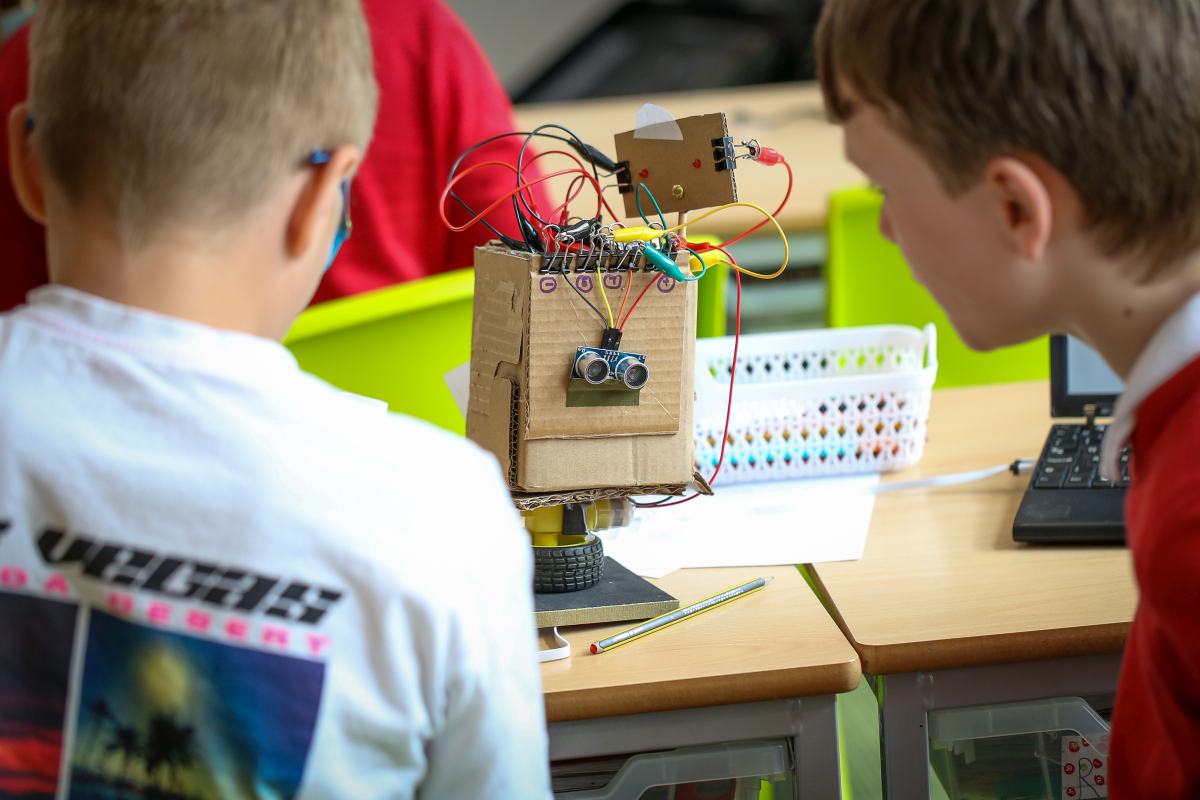 The end results were real pleasure to see and the young people had a high degree of focus in the final stages to get their interactive robots with their quick messages around e-waste ready. 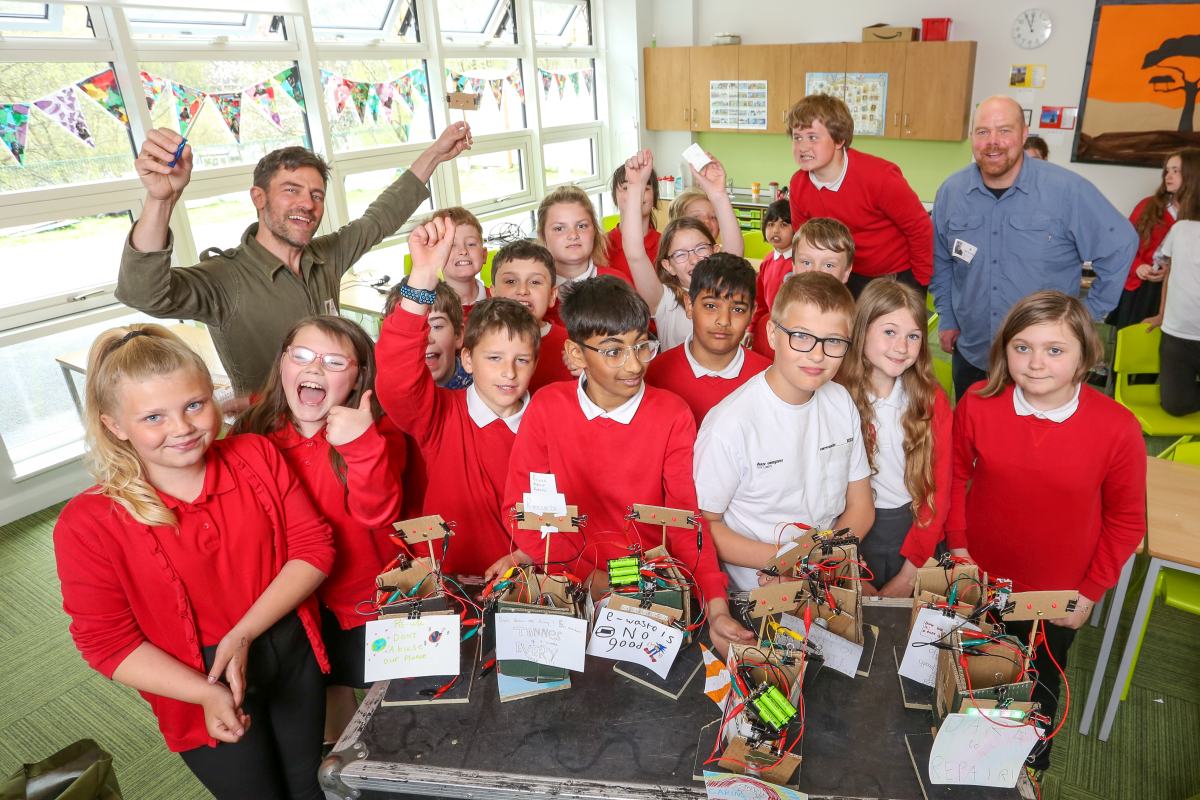 Govi Asano is a community artist who has been involved in the well renowned Hand Made Parade group who organise a local festival in Todmorden called Lamplighter.

She was able to bring elements of artistic and studio practice into this making session. There was a inspiring show of existing art using found and recycled materials from around tworking with emotions of wastehe world as well as local projects. 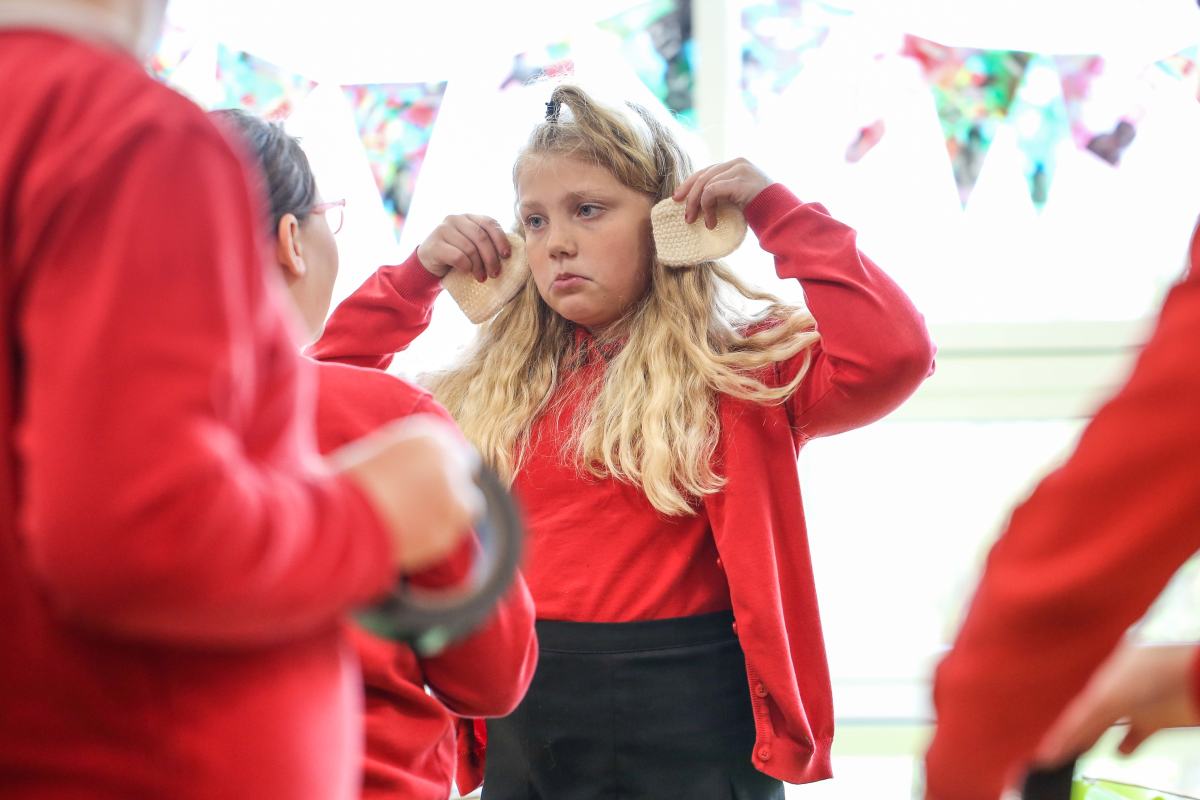 Caption - working with emotions of waste

This phase was perhaps the most challenging of the whole project. After the very dynamic and physical making workshops, we were careful to make sure the shift to the more serious work of creating a campaign didn’t feel like the end of the fun. To do this we adopted a drama based approach to be able to do serious things in a fun role play setting. This is was one of the tactics described below.

Building Understanding what makes a Campaign

Winnable campaigns are built on solid foundations. We were able to increase the young people’s awareness of these success factors with a structured support when they were coming up with their ideas.

We needed to compress quite complex issues into a shorter steps and a templated approach. We created the following documents and resources as a way to do this. Firstly a campaign check list which communicated the essentials.

Following this we asked students to evaluate other campaigns that had been funded by the same #iwill project funding. 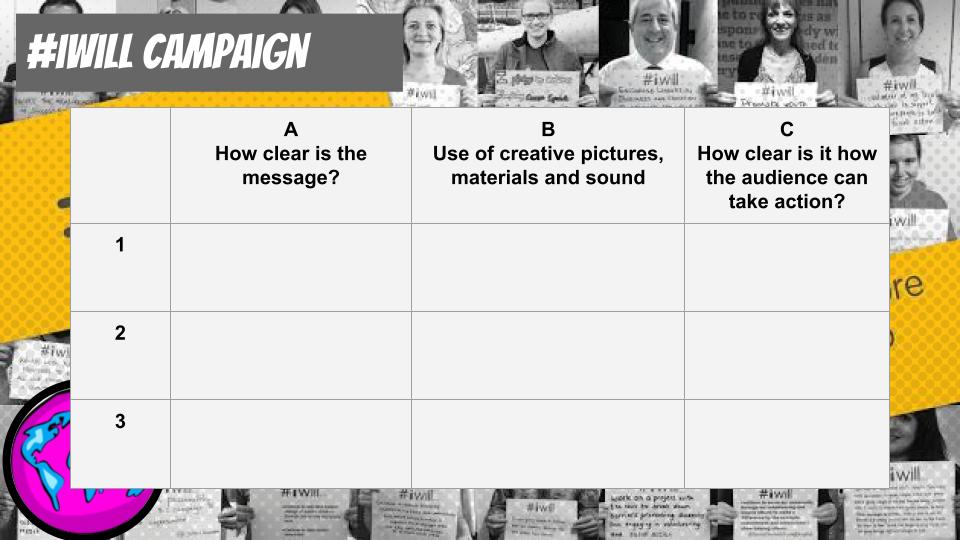 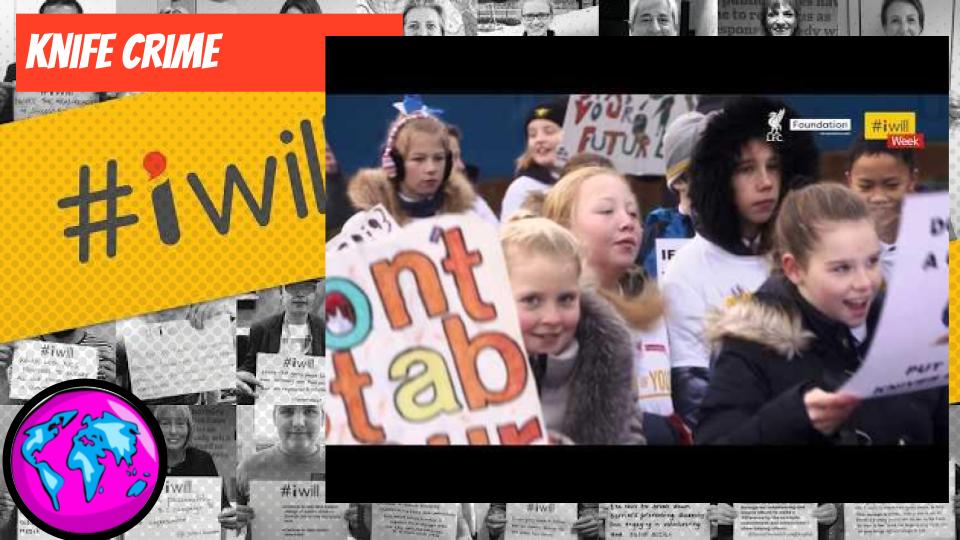 Building Ownership of the Campaign

Working with a primary school age and with a limited amount of time we decided for this project to limit the choice of the campaign to be something around reducing waste. There was a balance that we struck in planning between making sure that young people had a sense of ownership over the campaign and not spreading out too wide to encompass areas that were either covered already by larger charities or services, or on the other hand unrealistic with out time span and resources.

Campaigning in Role - and using other drama techniques

As previously mentioned we drew on drama techniques as a way of maintaining the momentum of the starting engagement phase. Local drama practitioner Katrina Heath took a lead on this working closely with project leader Mick Chesterman. Together they hatched up a drama scenario that would wrap the whole social action / create a campaign process. Students played the role of newly employed advertising executives at a advertising agency devoted to social change.

Drama Games to Mobilise Energy : To start each session we used drama games. Drama games are often physical or vocal activities often designed to get drama participants warmed up. They are also used by educators when shifting the energy of young people and adults to get them ready to do something new. Drama games have the following advantage of changing the outlook of young people to get them out of their comfort zone in a fun way before moving on to more challenging activites.

Process Drama - campaigning in role : Inspired by the work of Dorothy Heathcote (Mantle of the Expert) we planned an entire process drama which the young people entered as they created their campaign. The summary of this scenario follows. 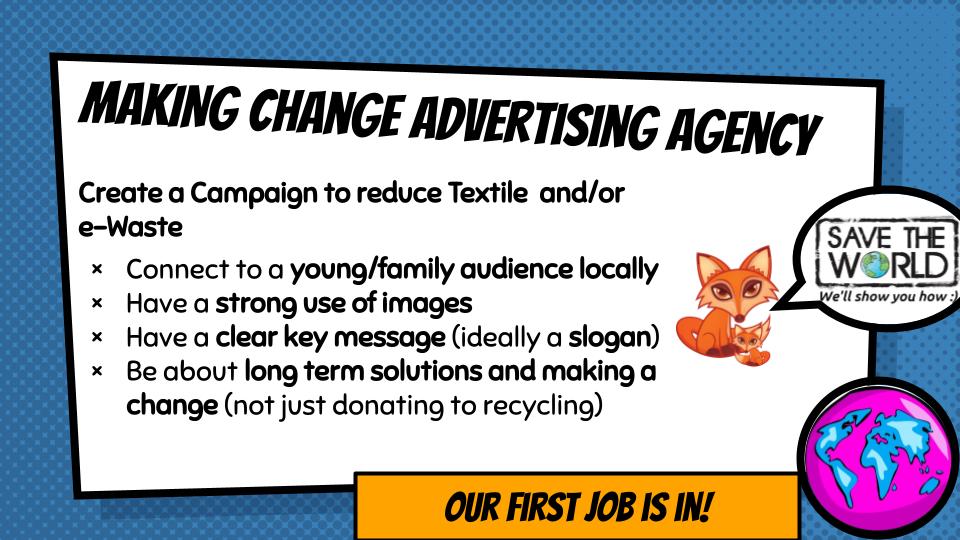 The essence of this kind of drama process is that while student do not have all of the expertise and information needed to fully do the job, they must pretend that they do and do as good a job as they can. In this way it frees students to stretch themselves and do things which are out of their comfort zone, as it is not them doing it, it is their character, it’s a part of the role they are playing.

Drama technique “Hot Seat” - used to connect to emotions and explore perspectives : We used a technique called hot seating to explore the emotions behind over consumption. Katrina played the role of a consumer taking part in a focus group. Students had the role of advertisers who were asking questions to try to uncover her motivations for over consumption and the underlying emotions driving her behaviour. 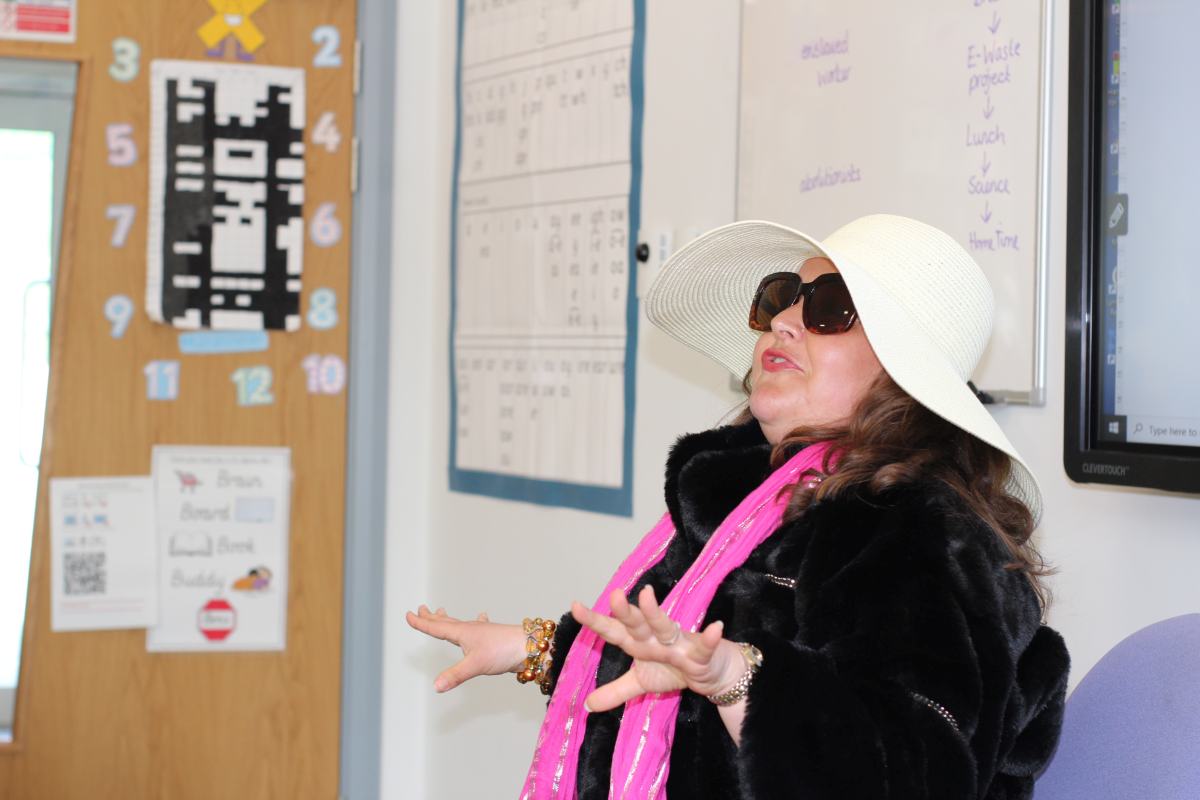 While Katrina kept in role as an avid consumer, Mick supported the process by recording some of the emotional responses and justifications that arose in the interaction.

Freeze Framing is a drama technique where participants have to recreate a still life scene. It is as if someone has taken a photo of people. However the facilitator can ask each member of the scene to explain what they are doing and their motivations. We used this technique to ask students to quickly generate ideas about what solutions to issues of increasing consumer waste would be. 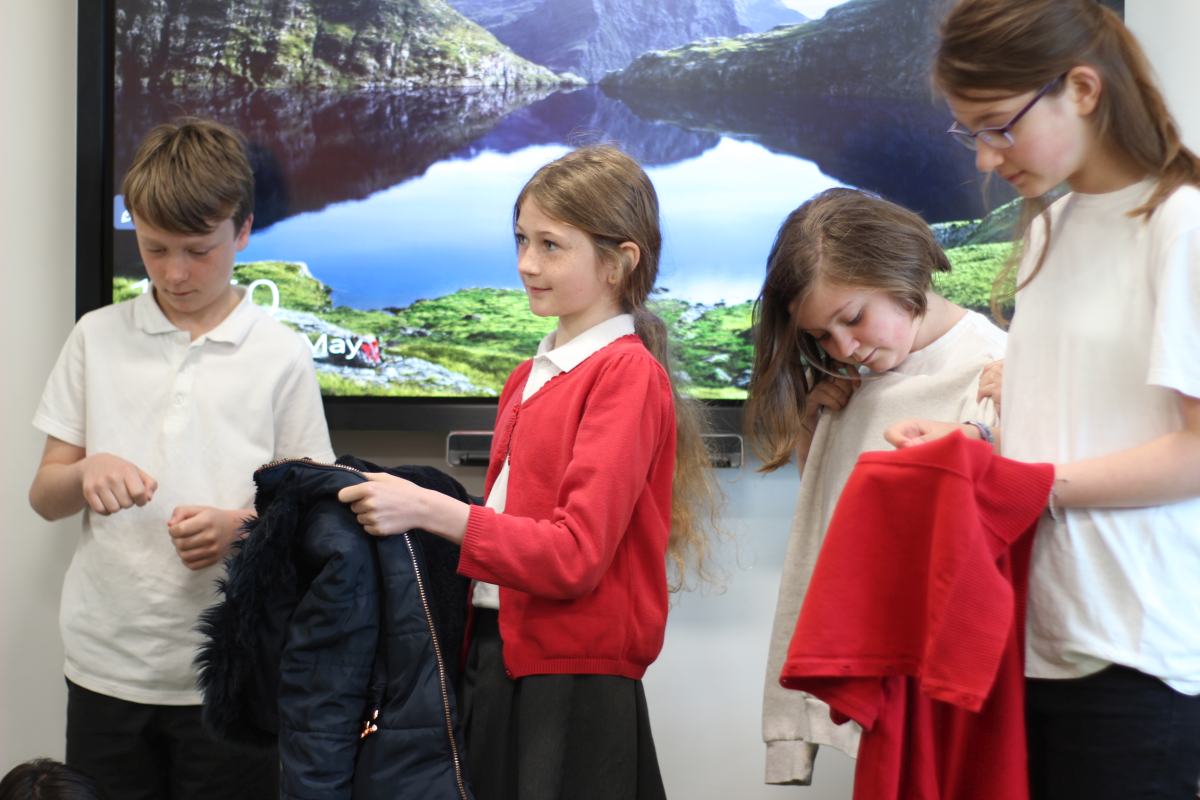 This phase of the project took place as the start of the third wave of COVID in 2021. As such it had to be adapted heavily. We took a practical and pragmatic approach to this, but there were some events and sessions which could not run which are very dissappointing. As such this section is written partly to reflect our planned activity and how we had to adapt to circumstances.

Writing up the Campaign to share back to students

The way we left the social action phase 2 of the project was to let the students know that we would take in the materials that they had created in the generative drama-based workshop and form them into a campaign. This process mostly involved shaping the different messages into an overall shape which included the following elements

We shape the messages and materials firstly into a Word Document template and then into a powerpoint that we shared back to students.

The powerpoint is online here - feel free to use it as a template for your own campaign.

We included key photos of the activities we had undertaken in the campaign. This shared back some of the excitement of the sessions to help celebrate our progress and to bring some of their engergy and enthusiasm into the message of the campaign itself.

The goal was to create a webpage on the school website and a self-contained web-page on our own website. The web page campaign on our own site is here - and we are still working with the school to put on their school site.

As a base for this campaign we used an online powerpoint was a flexible way to create a campaign that included images and some of the source material. It was also then easy to export some of the slides as images suitable to put on websites.

Performance of the Campaign to the rest of the school

We worked with the young people to write and perform a performance which communicated the message of the campaign. We have photos of the rehearsal to follow.

Unfortunately as we completed the rehearsal of the show, we were informed that the school would be entering a restricted period where external adults would not be allowed into the school and classes could not mix.

As the last stage of the project was interrupted due to COVID restrictions. We propose to run another run of Family Fixit workshops at the Makery workshop and to return to the school to run a shorter campaign project to work on the performance for the whole school and undertake a one off workshop with a new year group.